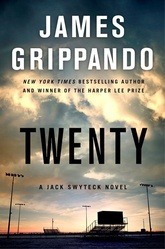 Release Date: January 5, 2021Presales available for members only. To purchase this title, please log in or join now.

It is the message every parent fears: “Active Shooter on Campus.” Jack Swyteck is at his office when he receives the emergency text. Both his daughter and his wife, Andie, are in danger.

The tragedy prompts dangerous speculation. The police haven’t identified the shooter, but they find a handgun on the school grounds registered to a parent, a Muslim man named Amir Khoury. News of the gun and its owner leaks and quickly goes viral. Andie is shocked--Amir is married to her friend, Lilly.

When Xavier, Amir and Lilly’s oldest child and an 18-year-old senior at Riverside confesses to the crime, the local community’s anti-Muslim fervor explodes to levels unseen since 9/11. Terrified for her son’s life, Lilly asks Jack to step in.