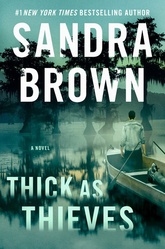 Twenty years ago, four seemingly random individuals pulled the ultimate heist and almost walked away with half a million dollars. But by daybreak, their plan had been shot to hell.

Arden Maxwell, the daughter of the man who disappeared all those years ago—presumably with the money, after murdering his accomplice—has never reconciled with her father's abandonment.

Ledge Burnet evaded his jail sentence by enlisting in the army. Now he's back in town to care for his dad--and to keep his eye on the county's corrupt district attorney, whom he suspects was the murderer. Although the two are bound to silence because of the crime they committed together, each has spent years waiting and hoping that the other will make a fatal misstep.

"One of the best thriller writers around, period."―Providence Journal