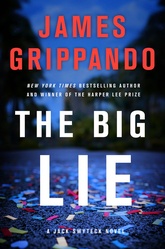 A killer brand of politics

Miami attorney Jack Swyteck is caught between a corrupt president and his manipulative opponent—with each revelation more explosive than the next.

Charlotte Holmes is one of Florida’s electors who is bound by law to cast her vote for President MacLeod, who won Florida. When Charlotte announces that she intends to vote her conscience for Florida Senator Evan Stahl, the president and his Florida machine haul her into court on felony charges—which, for some, isn’t nearly enough.

Jack is going to use every legal maneuver he can to keep his new client free—and alive. Dredging through her past, MacLeod’s looking for skeletons to humiliate and discredit her, while others with far deadlier intentions have begun acting on their threats.